What to see in Helsinki? Check out our top 10 places to visit

Helsinki counts as a youngster among the European cities with a foundation date in the mid-16th century. Finland’s capital is now a modern urban area of 1,4 million people. It is an island city with 315 islands and a peninsula which gives you a stunning view all around the city. Helsinki is famous for different architectural styles and buildings – from the Russian-inspired architecture to the most innovative ones. If you want to explore Helsinki, here you can find the list of the most exciting tourist attractions. 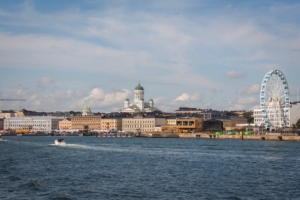 Kauppatori is the most famous market located at the entrance to Esplanadi Park. If you want to try some traditional Finnish food or buy local arts, it is the best place to do that. On top of the shopping experience, you can enjoy a beautiful view of Helsinki harbour and the Baltic Sea. You can also take a ferry to Suomenlinna (more details later) from here.

This museum is supposed to showcase the best Finnish contemporary art. It is a part of Finland’s National Gallery located near the Parliament. The building was designed by American architect Steven Holl. His entry, Chiasma, won first prize in the 1993 architectural design competition for the museum of contemporary art. Kiasma was opened to the public in 1998. Inside the building, you can find the work of more than 4000 artists. Apart from the galleries, there is also the Kiasma Theatre, library, restaurant and museum shop.

There is a place in Helsinki where everybody from a very young age to adults who are looking for adventure and fun can easily find their expectations. Linnanmaki Amusement Park offers 44 rides, such as the freefall tower and several roller coasters. If you are not a big fan of high adrenaline levels, you can visit a haunted house and a carousel instead. When you get tired of the excitement and want to eat something, you can choose from 13 different restaurants. Besides all the fun, you must know that the profit of this park is used for child welfare work in Finland.

Seurasaari Open-Air Museum is the largest outdoor museum in Finland. By visiting this museum you can learn a lot about the way Finnish people lived in the past. Some farms and manors are four centuries old, though most of them are from the 18thto 20th centuries. The museum was opened in 1909. During the winter months, the museum is closed, but in summertime, it is highly recommended for the visitors to take a picnic lunch in the museum. 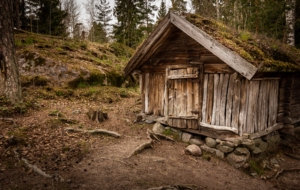 If you have already had enough of busy city life, you must visit Kamppi Chapel, also known as the Chapel of Silence. The purpose of these innovatively designed wooden buildings is to calm yourself down a bit when you feel too stressed. It is sponsored by Helsinki parishes and the city’s Social Service Department. You can find it in Narinkkatori square, close to shopping centres. It might be the place to take some rest after a long day of shopping.

If you need even more relaxation, you must spend some time in Esplanadi Park. It is a perfect place for a picnic or attends some music shows in a really nice atmosphere. The park is very popular among locals as well, so it makes a lot of sense that the location is in the heart of Helsinki. Enjoy your time in the green area, listen to music, watch performances or relax at an old café.

Uspenski Cathedral is a great representation of the Russian influence on Finland. It was built in the 1860s modelling after a 16th-century church near Moscow. The cathedral is made of red bricks with gold cupolas and 13 green domes representing Christ and the 12 Apostles. Uspenski Cathedral is also known as the largest Orthodox church in Western Europe.

If you have already searched for the most popular tourist attractions in Helsinki, you have probably seen the white Helsinki Cathedral as a symbol of the city. The church was built in neoclassical style and was designed by the same architect who designed Senate Square. The original name of the church was St. Nicholas Church after the Russian tsar, but it has been renamed when Finland gained independence from Russia in 1917.

The well-known fortress can be reached by ferry from Helsinki. Although it can be found in Finland, it was built by Swedes in the middle of the 18th century as protection from Russian invaders. It has also served as a naval base and they built warships here. Suomenlinne is also known as the Castle of Finland. It is definitely a must-see attraction close to Helsinki and also a great place to have a picnic in summertime. 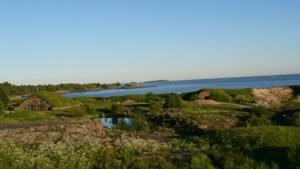 Temppeliaukio Kirkko is considered the most exciting and unique church in Helsinki. It is a Lutheran church built in the 20th century. The interior is built from solid rock, it is also known as the Church of the Rock. It is nice to visit morning time when the sunlight lights up the interior through a copper dome. Due to the excellent acoustics, the church is often used as a concert venue. 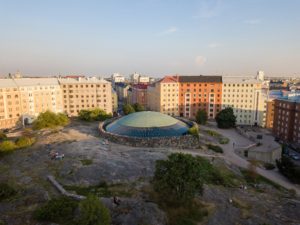 If you want to learn more about Helsinki’s history and culture, book a custom tour with Amitylux and let our knowledgeable guides show you the most interesting attractions in Helsinki.

The best 5 cocktails bars in Copenhagen
Scroll to top
We use cookies on our website to give you the most relevant experience by remembering your preferences. By clicking “Accept All”, you consent to the use of ALL the cookies. However, you may visit "Cookie Settings" to provide a controlled consent.
Cookie SettingsAccept All
Manage consent