The Best Viking Sites in Denmark

Before diving into the best Viking sites, let’s quickly review Viking history. The Danish Viking age lasted from 800 to 1050 AD. The Danish Vikings dominated critical European events for almost three hundred years and plied the coastal waters of Europe in their open square-rigged vessels. The word “Viking” can be found on contemporary Scandinavian runic stones while the Danish Vikings went on raids and trading expeditions down the European coast.

Vikings were highly skilled traders with trading connections around most of their known world. As a result, they were often invited to settle in upon arrival letting the local community benefit from their trade skills. In addition, Vikings had a strong sense of honour and competitiveness. But how about finding the best Viking sites now? 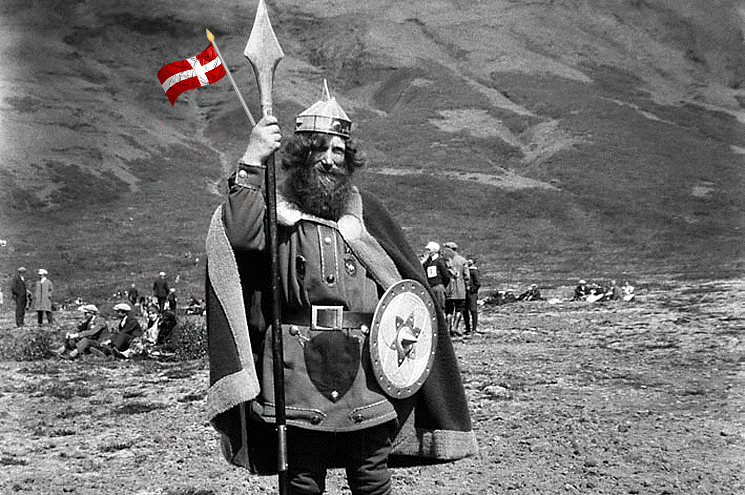 The Viking Moot is considered to be Denmark’s oldest Viking Market. It is one of the most popular events held annually in Aarhus on the last weekend of July. What makes this festival incredible, with its average of 20.000 visitors yearly, is that historic groups recreate epic battles and stories from the past.

Also, you might want to check out the International Viking Market Denmark in the Viking Center in Ribe. You will be amazed by the authenticity of the market atmosphere and feel how it was 1300 years ago. Shortly, the ultimate Viking experience is guaranteed!

You can also see how the Danish Vikings created their arts and crafts. For example, you can learn how jewellery, glass beads, leather pouches, and shoes are made. Make sure not to miss Viking Center! 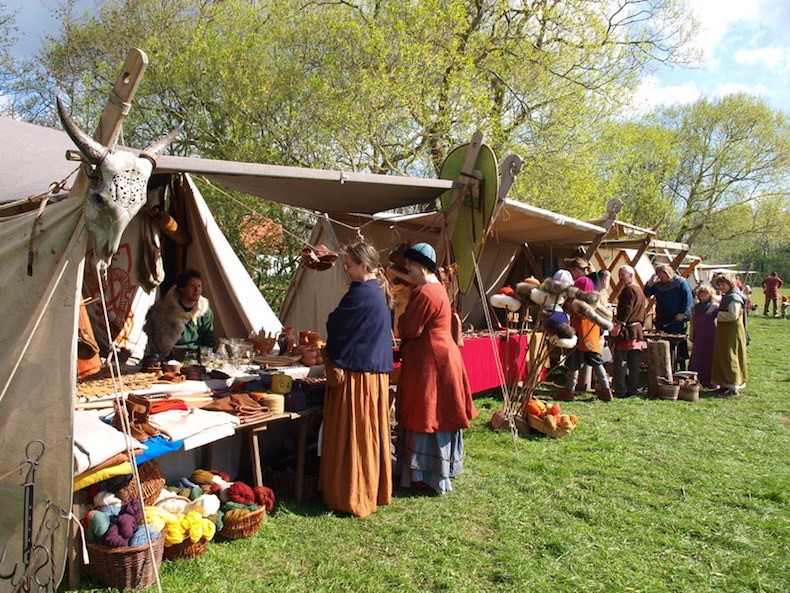 Vikings were famous for their unique ships called Dragon Ships with distinctive dragon heads at the front and back. Also, reconstructions of Viking ships today have demonstrated something interesting. The Viking ships were as or even more seaworthy and easily manoeuvrable than the sailing ships before steam-powered boats took over in the 20th century.

If you want to see traditional Viking ships, you should visit the Viking Ship Museum in Roskilde. You might want to ride on one of these in the harbour on Roskilde Fjord. The oldest part of the Roskilde Viking Museum is the Viking Ship Hall, which opened in 1969 to feature five Viking ships found at Skuldelev. According to assumptions, these ships were intentionally sunk to form a blockade and protect Roskilde from enemy attacks. Further, a 36-meter-long Viking warship is one of the most famous finds.

Besides the attractions, you can enjoy many activities the museum offers. For example, you can ride in a traditional Nordic boat, improve your rowing skills, and learn how to sail. An experienced sailing instructor is leading each ship. Another exciting activity is the boat builder workshop at the museum’s boatyard. Finally, you can test your Viking tools skills and cut your wooden designs there. 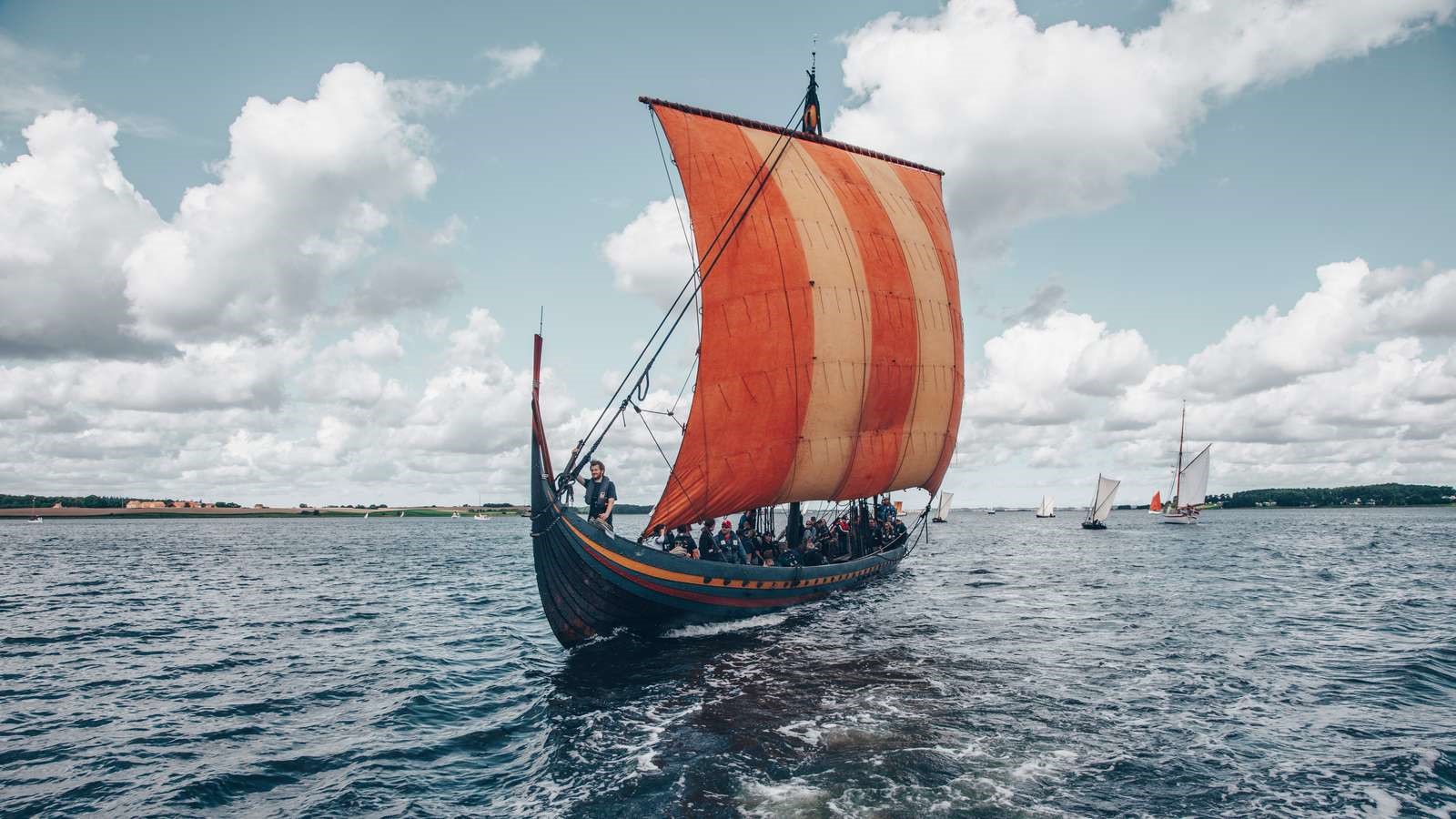 Lastly,  you can experience the Viking lifestyle at the local Viking Festivals. One of the most famous is Vikingspil, held in the town of Frederikssund at the end of June or early weeks of July. Over 250 volunteers wear Viking costumes and perform a series of plays. If you are into music, you can enjoy musical performances about the Vikings.

Another famous festival is held in the Viking fortress of Trelleborg. This festival also takes place during the summer. You can participate in demonstrations and training on certain Viking practices and watch a recreation of battles. It can be an exciting programme for the whole family! 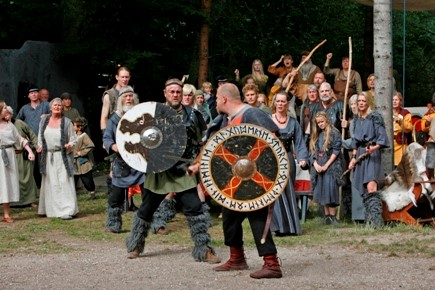 If you are excited about the Viking culture, here are other recommended places to visit in Denmark.

If you need help exploring these places and would like to deepen your knowledge about the Danish Vikings, book a custom tour with Amitylux.

Let our guides show you the most interesting attractions of the most exciting Viking sites.

The Best 5 Chocolatiers in Copenhagen

Photo by Lise HannibalThe Best Beer Bars in Copenhagen: Our Top 4 Favorite
Scroll to top
We use cookies on our website to give you the most relevant experience by remembering your preferences. By clicking “Accept All”, you consent to the use of ALL the cookies. However, you may visit "Cookie Settings" to provide a controlled consent.
Cookie SettingsAccept All
Manage consent